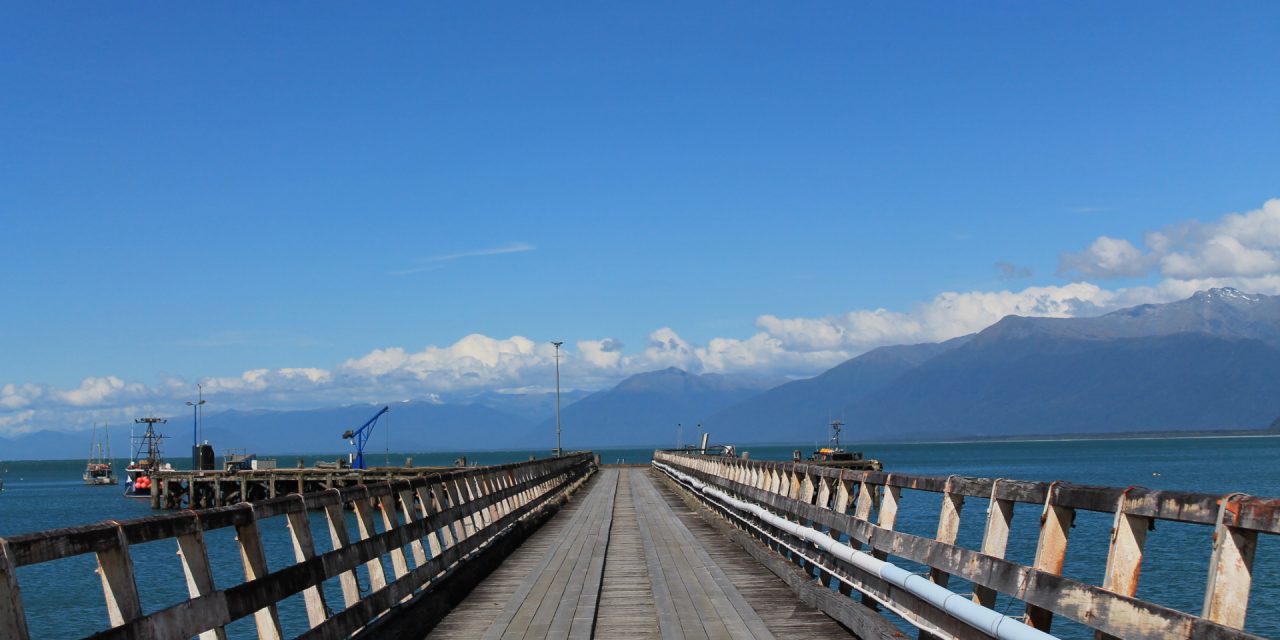 The Jackson Bay, West Coast area is a gem. If you’re heading south from Fox Glacier and still want a taste of the coast don’t turn left at Haast.  Head down to Jackson Bay instead. The high voltage tourism offerings of Wanaka and Queenstown can wait for another day while you get to see the end of the West Coast road.

The Okuru/Jackson Bay area is well off the radar for most travelers, but a remote village with one of the few natural deep-water fishing jetty on the West Coast awaits. The first part of the remaining 50 km of tarseal starts with the road almost tunneling between two dense sides of native bush.  It then opens up on the approach to the Turnbull and Okuru Rivers with its nearby hall and whitebait stall with alpine views of the Southern Alps in the background.

The settlement of Hannah’s Clearing is followed by the Waiototo River and then the substantial Arawhata. With glacial origins deep in the Southern Alps, closer to the ocean their banks often house handyman-built white-baiting stands and dwellings built with a range of expertise and budgets. During whitebait season from the beginning of September to mid-November, the area is also busy with campervans each claiming their spot on the water’s edge with their nets.

Jackson Bay was the site of one of the coast’s most ill-founded early settlement attempts by Europeans in the 1870’s.  Swamp land that yielded little in the way of crops, no fishing gear or expertise and little of the follow-up support promised by the governing body that sent the settlers resulted in a high mortality rate and eventual abandonment. The grim history of that period is marked by an information shelter at the Lonely Grave cemetery on the approach to the settlement.

The community there now has a small population who run commercial fishing operations, some holiday houses, and The Craypot, one of the most highly regarded fish and chip shops on the coast. The area is popular for outdoors people with bushcraft skills who hunt and fish the remote valleys. One of the best ways to explore is by boat with the highly regarded River Safaris.  Wayne and Ruth Allanson run their trips up the Waiatoto River into the UNESCO designated  “World Heritage” area which would take days to walk to. 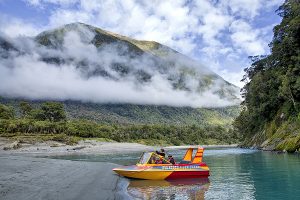 There are several walks around Jackson Bay itself, which often has schools of dolphin swimming near the shore. Penguins can sometimes be seen especially between August and November and the rich sea life make it a popular fishing area. The easy walk to Ocean Beach along the Wharekai – Te Kou Walk (20 mins) and Smoothwater Bay Track (1.5 – 2 hours return) are both worth doing.

This is also the start of some serious hiking along the Fiordland coastline, Awarua, Big Bay and beyond. 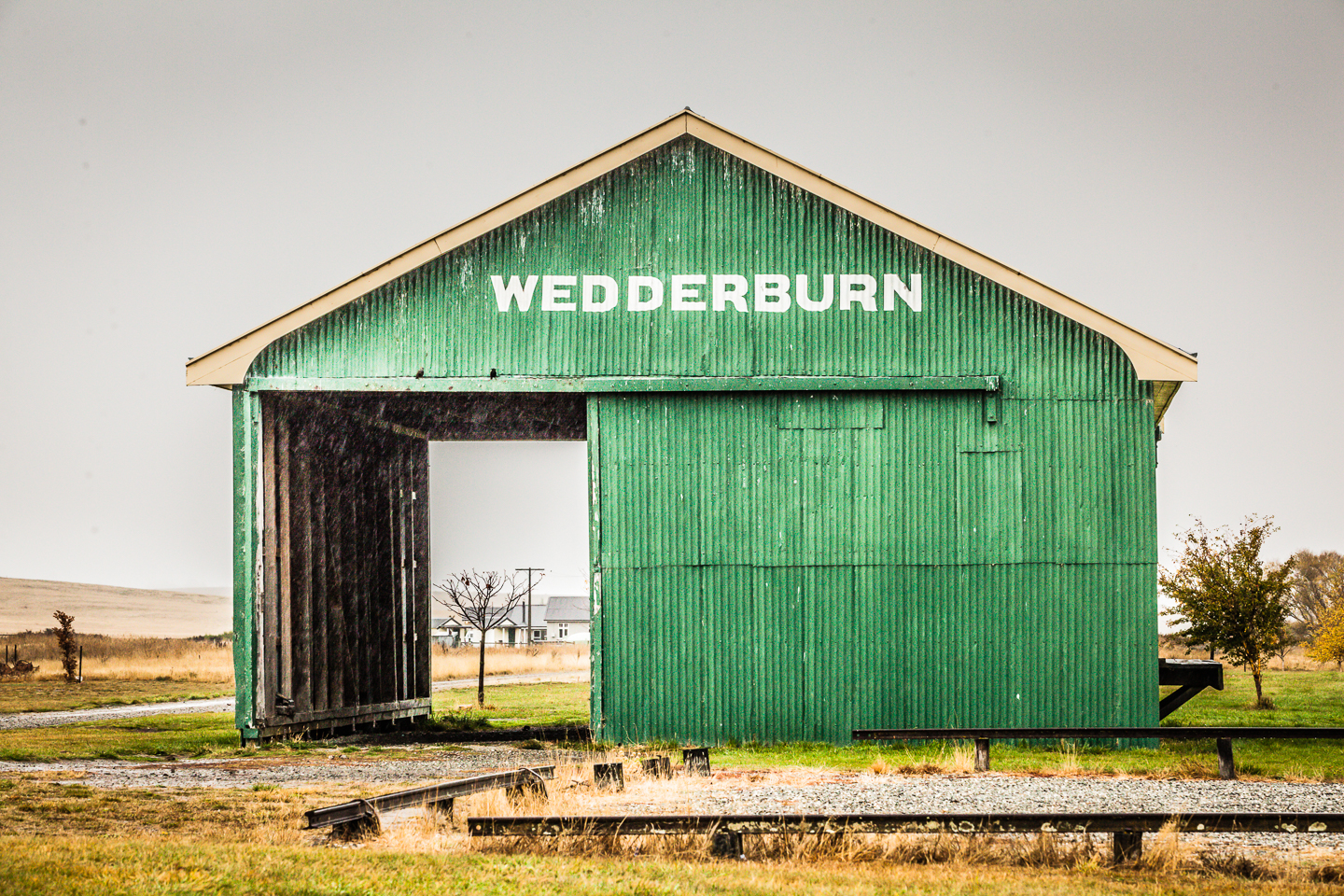 Oamaru to Wanaka via the Maniototo 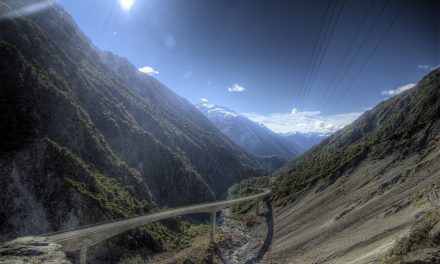 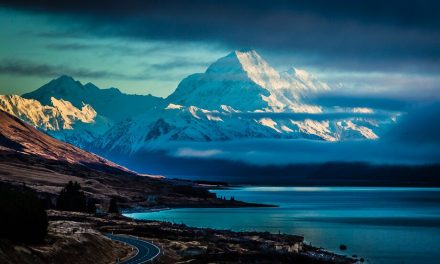 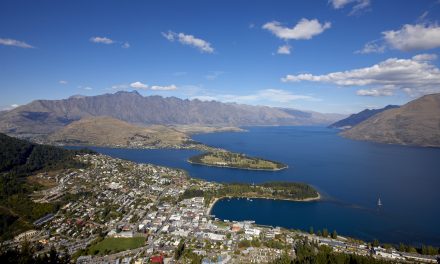 South Island Itinerary: Queenstown to the Catlins via Gore